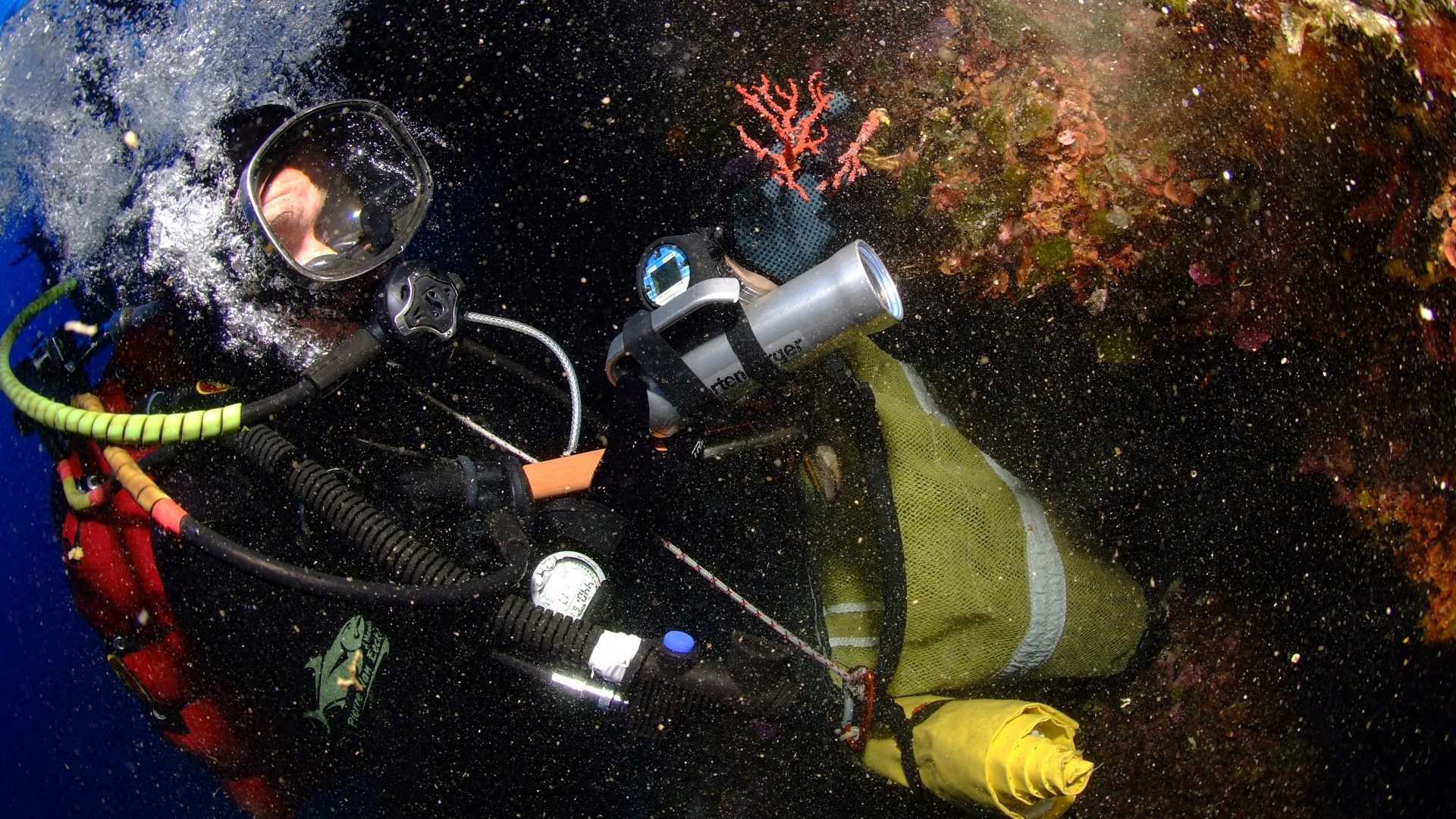 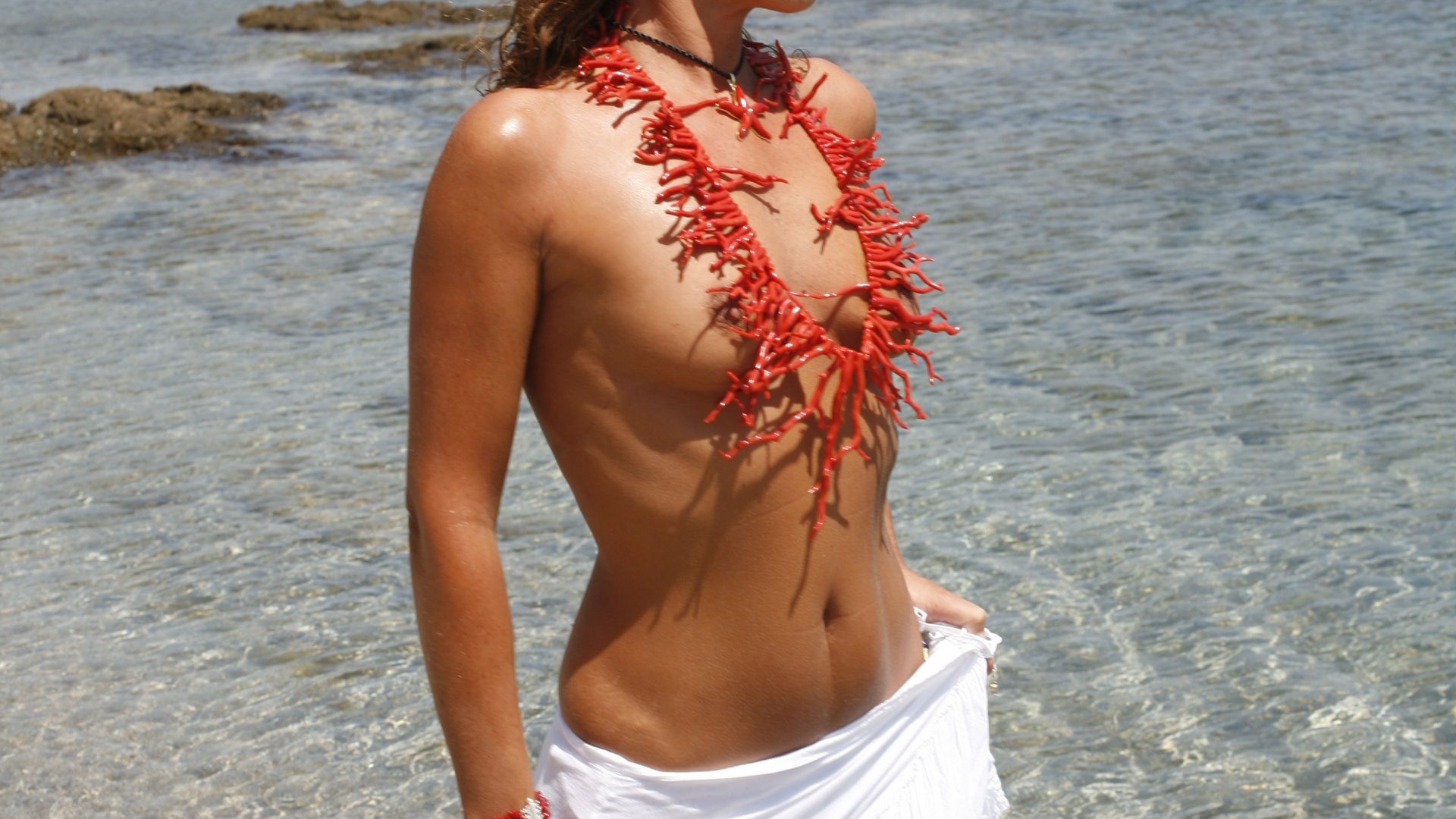 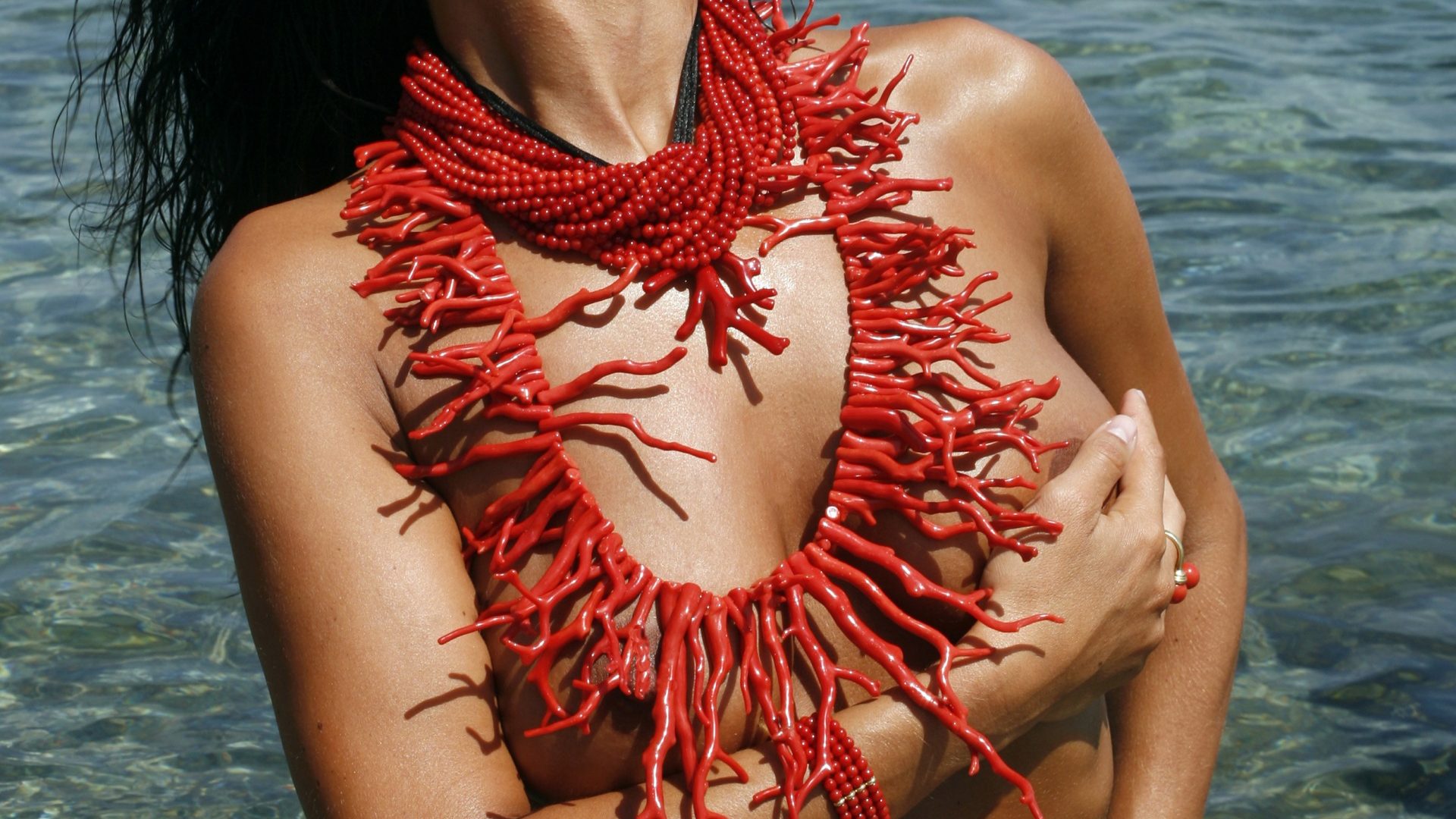 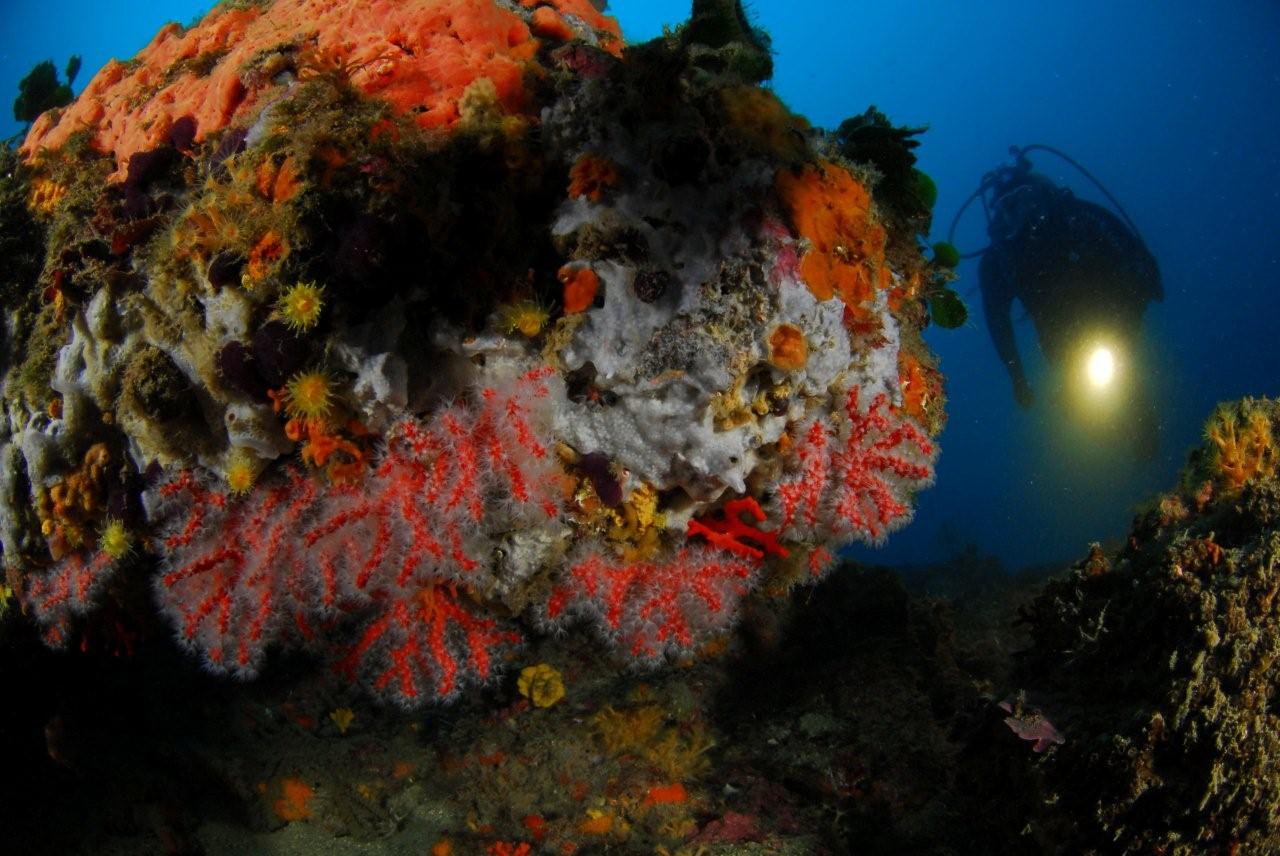 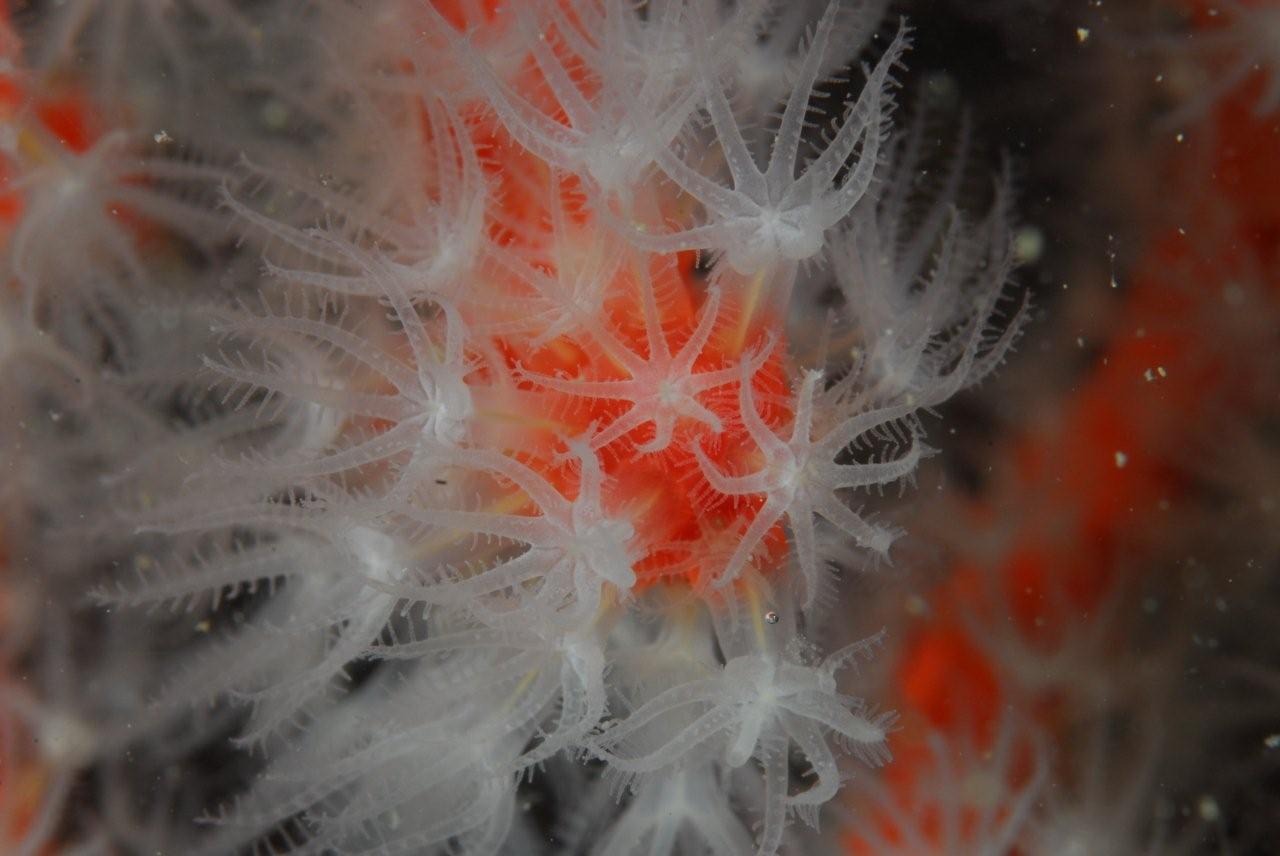 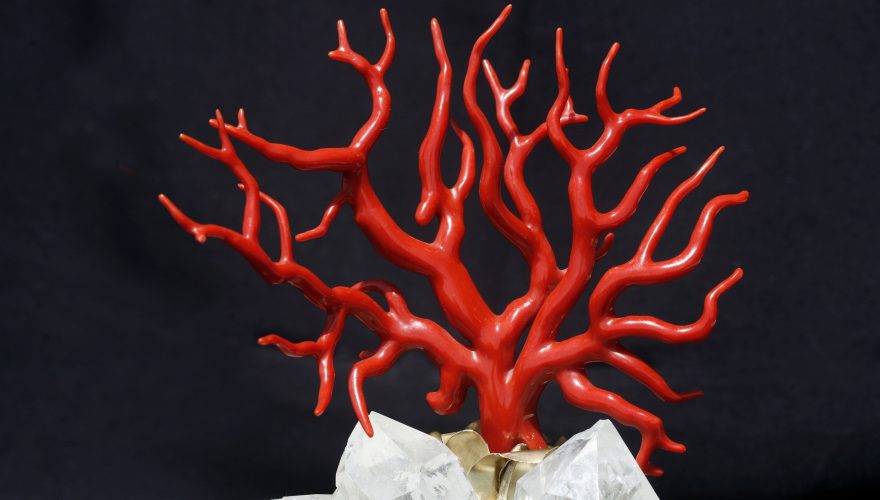 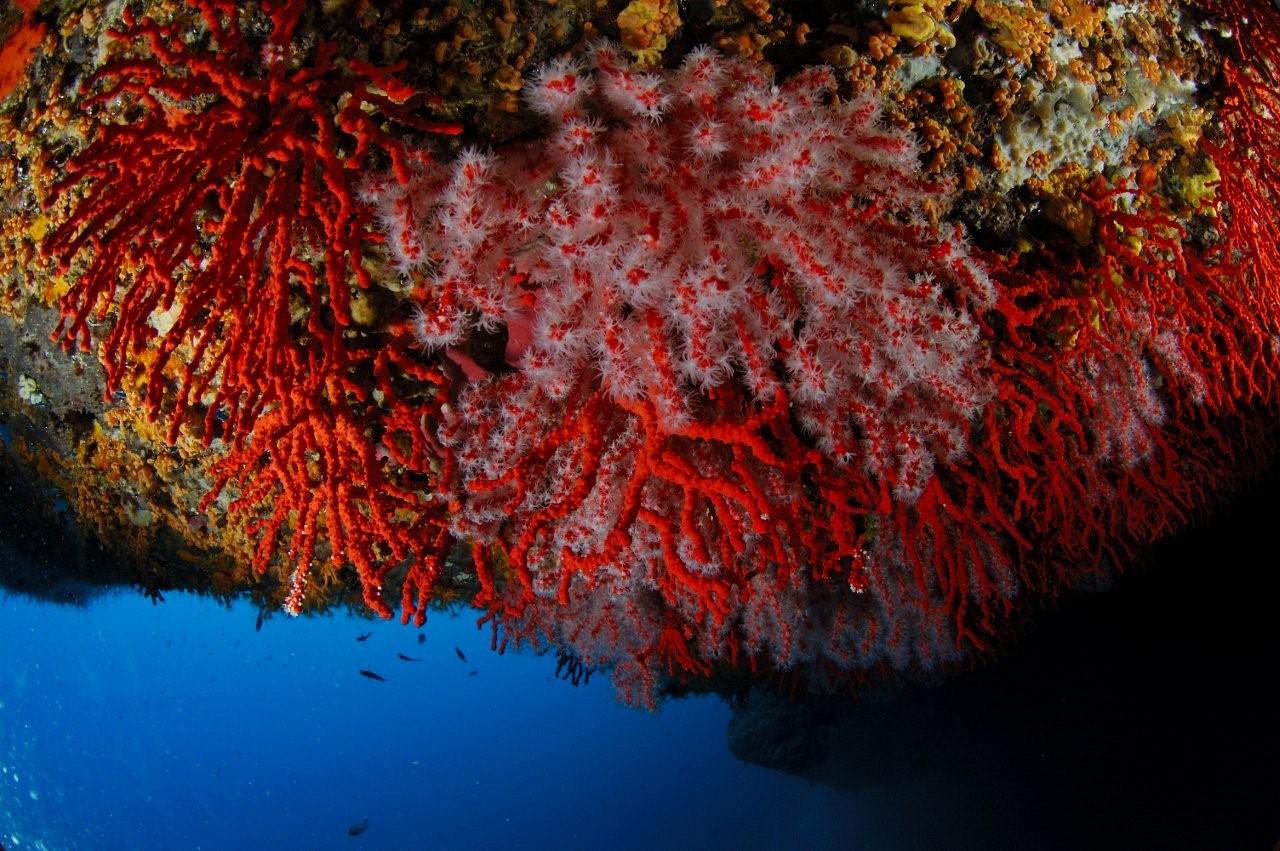 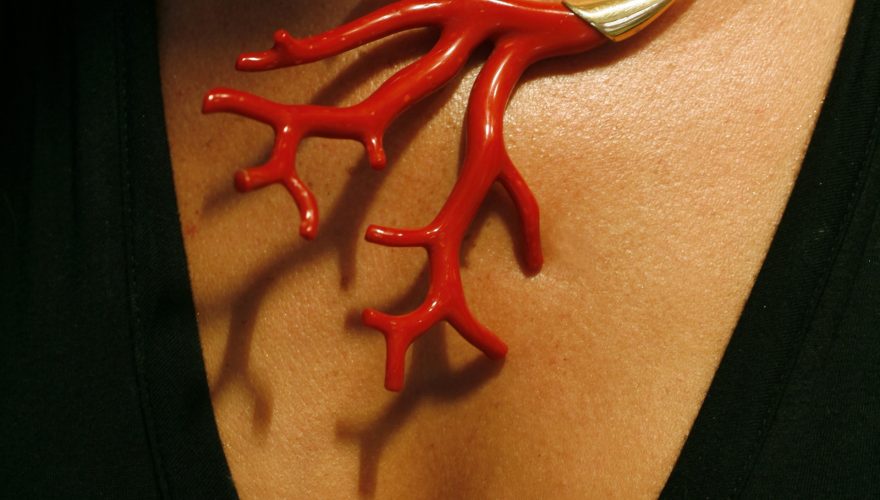 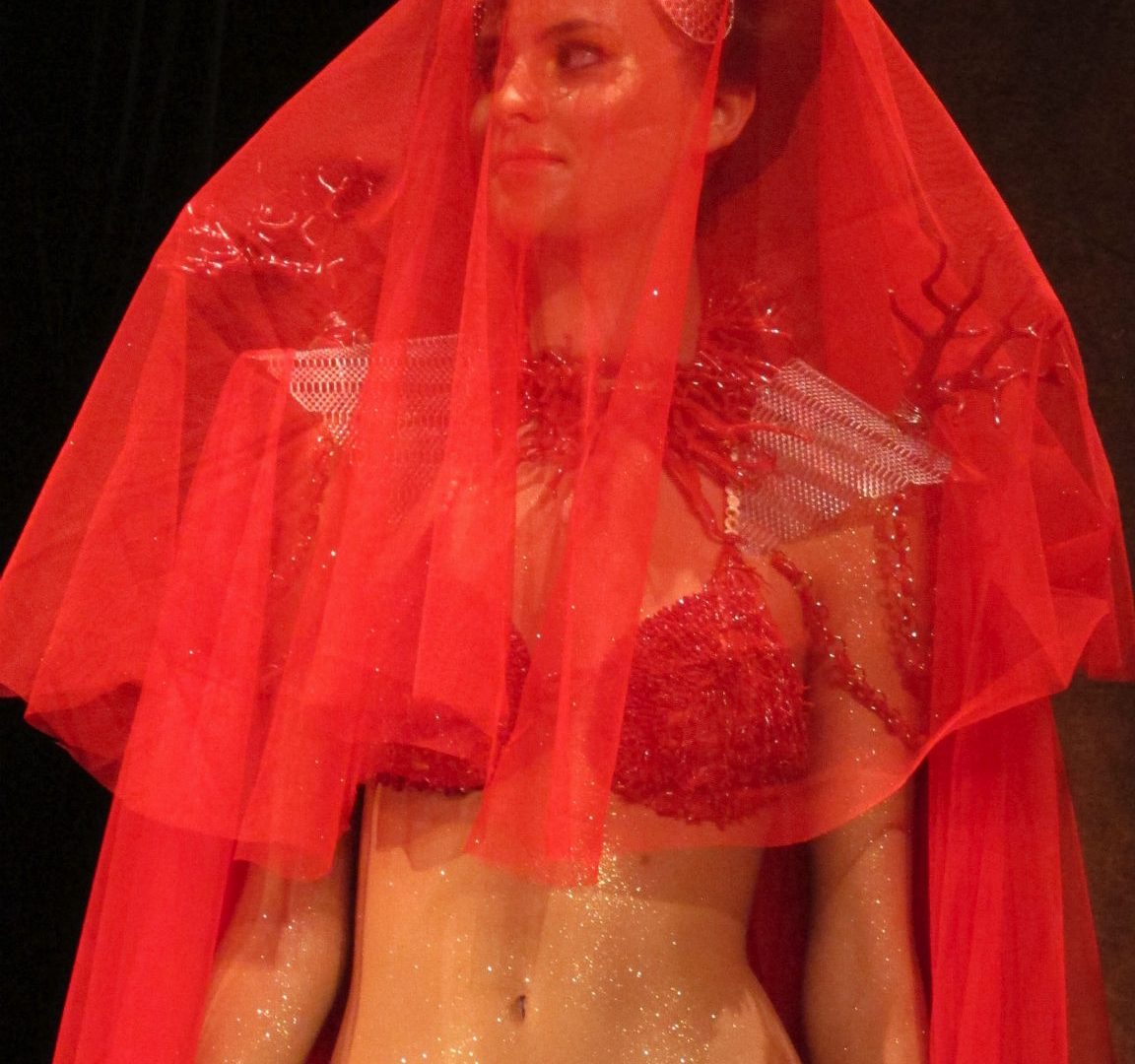 The red coral of Bonifacio « A crim son quest »

To seek coral is to embark on a quest beyond the ordinary
Jean-Philippe Giordano
What is the mystery of this smal creature, object of such devotion ? Since the beginning of time, coral has held a deep fascination for humans who are prepared to face even a watery death to retrieve this treasure from the depths on the Mediterranean sea.
It all began more than 2000 years ago, according to a legend that gives red coral an almost sacred place in Mediterranean mythology. As the Greek myth goes, Perseus, son of Zeus and Danae, was asked by his sister Minerva to kill Medusa, the queen of the Gorgons. Medusa, as legend goes, had the awful and terrifying power of transforming any living thing in stone. Only Perseus, with the help of the Gods, was able to vanquish her evil power. He cut open her head and a few drops of blood spread out into the water. They hardened into a solid substance of a glowing red colour. The Greeks called this ornament of the sea « koraillion » and believed that it had miraculous powers.

From myth to reality.

Though the legend of the origin of coral no longer holds for us the place it only did in Greek mythology, we are still enchanted by this maritime treasure. The crimson « gold of the sea » with its feminine shape has been seen as a powerful aphrodisiac, a therapeutic cure, a talisman against the evil eye and even a form of currency… First thought to be a mineral, then a vegetable species, coral was placed firmly in its categorization as an animal lifeform after Jean-André Peyssonnel’s careful research. « That which we think is the flower of this plant, wrote Jean-André, is nothing but a little beast, ressembling a tiny octopus. This beast opens itself out in the water and closes in air. I have even the pleasure of observing the legs or feet of this little creature move ! » In 1758, Carolus Linneus entered coral into his zoological schema, first under the name: Madrerop rubra. Coral was definitively classified as Corallium rubrum by Jean-Baptiste Lamarck in his Natural History of Invertebrate Animals in 1816. After much discussion, the classification of red coral as an animal species is no longer contested. Red coral is an invertebrate with a column-like structure consisting of numerous tiny white polyps spread around an internal red calcium structure, wich is all that remains after the death of the polype colony. Corallium rubrum is part of the family of Cnidaries and the Order Corrallides. It has thrived in the Mediterranean for over 82 millions years (putting definitively to rest the legend of Medusas’s blood!)

It is the central skeletal axis of red coral that is of primary interest to the jewellery industry, whose world center has been located in the town of Torre del Greco in the Bay of Naples since the middle ages. However, Bonifacio is home to some of the most beatiful specimen of coral. One such type, known for its strikingly bright red colour, is called « sang de boeuf ». « The purity of this red, its intensity, make it one of the most coveted types of coral in the Mediterranean. The « sang de boeuf » gives an extra dimension to jewels, it makes them sublime » says Jean-Philippe Giordano, coral collector and owner of the Boutique du Corailleur in Bonifacio’s old town.

To be a corailleur : a life of passion and danger

Jean-Philippe is, without a doubt, a name in the small universe of Corsican corailleurs, or coral collectors (there are only eight in total in the island). He has been pursuing his dangerous but fascinating profession for more than twenty years and knows what he is talking about when it comes to anything to do with coral. He is not only a dedicated. The old style of gathering like the « croix de Saint-Andre » or the « ingenio », have been made completely illegal. These terrible styles of « blind » fishing completely destroy the ecosystem. Even after the rules came into force, ther are still some poachers who continue to ravage the depths with impunity using an iron bar lined with nets that rip out everyting in its way and leave behind a broken and desolate sight of dead and craked coral. « I have been fighting for years to make the authorities, marine biologists, and other corailleurs aware of these poachers and their destructive methods.
They are creating an ecological disaster that places the entire underwater ecosystem in danger and theatens the future of our profession. We have to do something before it is too late ! » Jean-Philippe Giordano has been working for many years in close collaboration with scientists to understand the biological mysteries of the red coral and so to better appreciate and understand the source of his livehood and his lifelong passion. A good corailleur is always respectful of the environment ans should use a selective fishing method when gathering the coral, choosing only mature specimens that are found between 70 and 130 meters depth. The search for the « bleeding flower (the name given to the coral by Jules Michelet in his work, The Sea) » is a source of revenue, but it is also a way of life.
« I am completly fascinated by coral. I have dedicated my whole life to it, sometimes at the expense of other more mundane pleasures. There is so improvisation when collecting coral. You just don’t have the option of making a mistake. Fatigue or poor concentration are our worst enemies. » One dive a day (down from the two daily dives of earlier years) for just a few sticks of this red gold! This is Jean-Philippe’s daily routine, accompanied by his faithful assistant. The corailleur has equipped his boat « Archange » with high tech materials : a decompression chamber, radios, a submarine robot, etc. He exercises his profession with the strictest and most serious respect for safety, especially when it comes to decompression sickness, or the Benz. « Twenty minutes is the average length of a dive, sometimes thirty, depending of the depth. Diving is done with air tanks between 70 and 100 metres. For deeper dives, the air is enriched with helium. I keep constant radio contact with my assistant on the boat. It is a relationship of deep trust and I depend on him for my life. Bonifacio boutique are fashioned and pieced together. »

Once it is collected, the coral undergoes a first cut before being sent to a workshop in the small village of Santa Teresa di Gallura, Sardinia, just across Bonifacio. It is there that Jean-Philippe Giordano has established his workshop and where the jewels and coral pieces that adorn the windows of his Bonifacio boutique are fashioned and pieced together.
Many of these treasures are the creation of the agile and expert hands of Claudio Zoboli, a coral artisan and goldsmith. « That is where the magic happens. You can see a small branch of coral be given new life an shape before your eyes. It is the nature of the coral, its unique shape, sculpted by the sea and its currents that gives us the first idea of what kind of jewellery will come from it. It is a team effort and each person contributes his or her artistic and creative vision. »
The Boutique du Corailleur in Bonifacio has a dedicated clientele from around the world. To enter the shop is like wandering into Ali Baba’s cave, or a shrine dedicated to the worship of coral. The first thing that draws your attention is the incredible colour, the deep, soulful red. The eyes cannot even begin to take in the variety of colours and shapes of the jewellery and artworks. Each piece of jewellery brings out the unique soul and natural crimson beauty of each branch of red coral brought perilously from the depths of the great blue Mediterranean sea.